The Association is administered by a Board of Directors of three to fourteen members, including the President and the Vice President.

The Board of Directors is elected by the Assembly, holds office for three year and each member can be re-elected consecutively only once. At least two thirds of the members of the Board must be elected to represent the Founding Members.

Current members of the Board of Directors are: 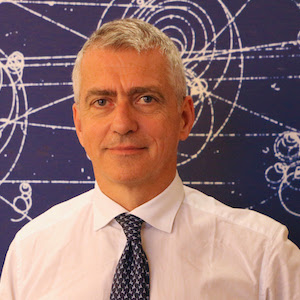 Antonio Zoccoli is full professor of experimental physics at the University of Bologna. Since July 1, 2019 he is President of the National Institute of Nuclear Physics (INFN).Associate researcher of the Bologna Section of the INFN, of which he was Director from 2006 to 2011, since 2011 he was a member of the Executive Board and the vice president.
During his scientific career, he has always been active in the experimental field of fundamental physics, nuclear and subnuclear. Zoccoli is co-author of more than 700 scientific and technical publications in international journals. 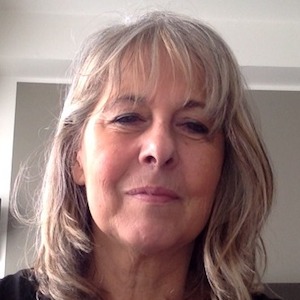 Leda Bologni graduated in mechanical engineering, PhD in Robotics. She is external expert, independent evaluator and reviewer for the European Commission. In ART-ER Leda is in charge of the Unit “Innovation infrastructures and Big Data” and from 2016 is managing the international technical and organizational aspects of the relocation in Bologna of the Data Centre of ECMWF.
Leda is member of the Strategic Forum on Important Project of Common European Interest established by the EC, of the board of Big Data Association and Cluster Fabbrica Intelligente and of the Strategic Committee of the National competence centre BI-REX. 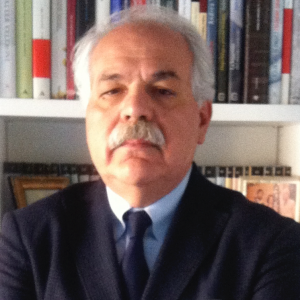 Sanzio Bassini, Director of the Application and Innovation Department of Supercomputing of CINECA, the Italian Interuniversity Consortium, Scientific Director of International Foundation Big Data and AI of Human Development.
He has been an independent reviewer of many international digital infrastructure projects, recently member of the expert committee of the Canadian Major Science Initiative Fund 2017 – 2022. Over the years he has been Vice President of the Research Area of the European Technology Platform for HPC – ETP4HPC AISBL 2012 – 2014 and President of the Partnership for Advanced Computing – PRACE Council in the period 2014 – 2106.
After being the Italian Sherpa representative in the working group for the establishment of the JU EuroHPC, he is currently a Member of the EuroHPC Infrastructure Advisory Board and Leader of the EuroHPC Italian Pre- Exascale Leonardo Infrastructure Project. 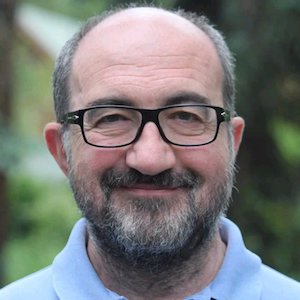 Antonio Navarra has graduated in Physics in Bologna and has got a Ph.D. at the Geophysical Fluid Dynamics Laboratory of the Princeton University. He is Dirigente di Ricerca at the National Institute of Geophysics and Volcanology, where he carries out his activity in the field of the climate simulation with general circulation numerical models. He is President of the CMCC – Centro Euro-Mediterraneo per i Cambiamenti Climatici, an interdisciplinary center for climate change studies and their impacts. 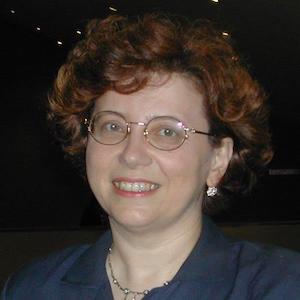 Elisa Molinari is full professor of Condensed Matter Physics at the University of Modena and Reggio Emilia, and associate member of the Nanoscience Institute of the National Research Council (CNR) in Modena. She is the Director of MaX – Materials design at the Exascale, a European Centre of Excellence for HPC applications, and member of the Industrial and Scientific Advisory Board of EuroHPC. 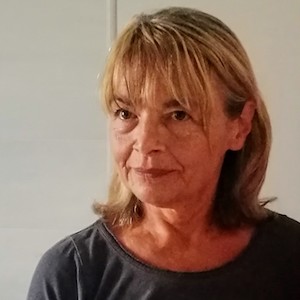 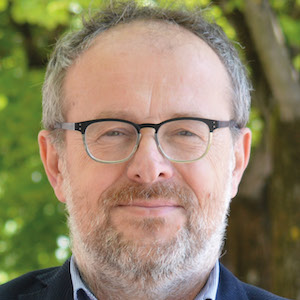 Giuseppe Malaguti, PhD in Astronomy, is Director of Research at INAF – the Italian National Institute for Astrophysics. Involved in several space science missions, currently he is Co-Principal Investigator of the European Space Agency mission ARIEL – Atmospheric Remote-sensing Exoplanet Large-survey, Principal Investigator of a European Commission Cofund project for the transnational mobility of young researchers, and coordinator of the Experts panel nominated by the Minister of Education, University and Research for the monitoring of the National aerospace research programme. 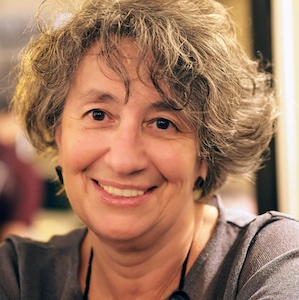 Francesca Quareni graduated and got a PhD in Physics at University of Bologna. As researcher in Geophysics, she was employed at Arizona St. Univ. (USA), Osservatorio Vesuviano, and, today, at National Institute of Geophysics and Volcanology. At present, she is the Director of Bologna Branch of INGV. 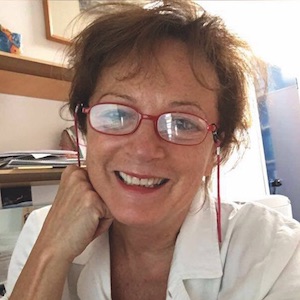 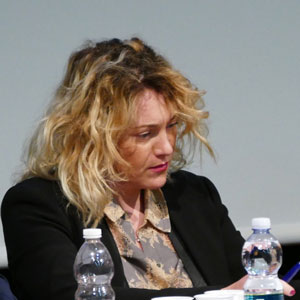 Graduated in Law, she became a lawyer in 2008. She currently works in Lepida and coordinates the Group Team for Strategical and Targeted Projects particularly focused on the domains of broadband networks, industrial areas and big data with the aim to develop and deploy innovative architectures for building data-driven applications. 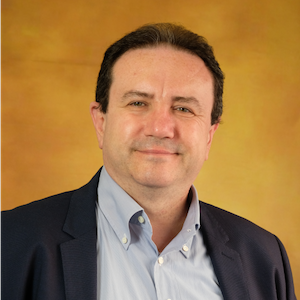 Fabrizio Riguzzi is Associate Professor of Computer Science at the Department of Mathematics and Computer Science of the University of Ferrara and is vice-president of the Italian Association for Artificial Intelligence. He is the author of more than 150 peer reviewed papers. 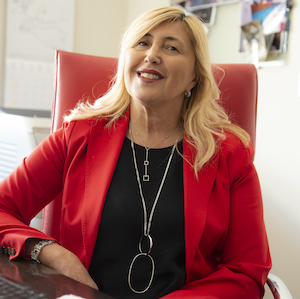 Rita Cucchiara is Full Professor of Information Processing Systems at the University of Modena and Reggio Emilia and her main expertises are in Artificial Vision and Deep Learning. She is head of the Aimagelab and AI Academy, member of the IIT Council and Director of the CINI AIIS National Lab. 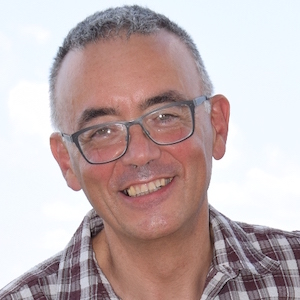 Professor of Physics, University of Parma, ISMS Yamazaki Prize 2014 recipient, he contributed to the development of muon spin spectroscopy (MuSR) at CERN, and ISIS (UK), advised PSI (CH) and J-PARC (JP). He investigated superconductors and magnets by MuSR and muon-crystal interactions by Density Functional Theory. He is author of 200 papers and coauthor of a condensed matter textbook. 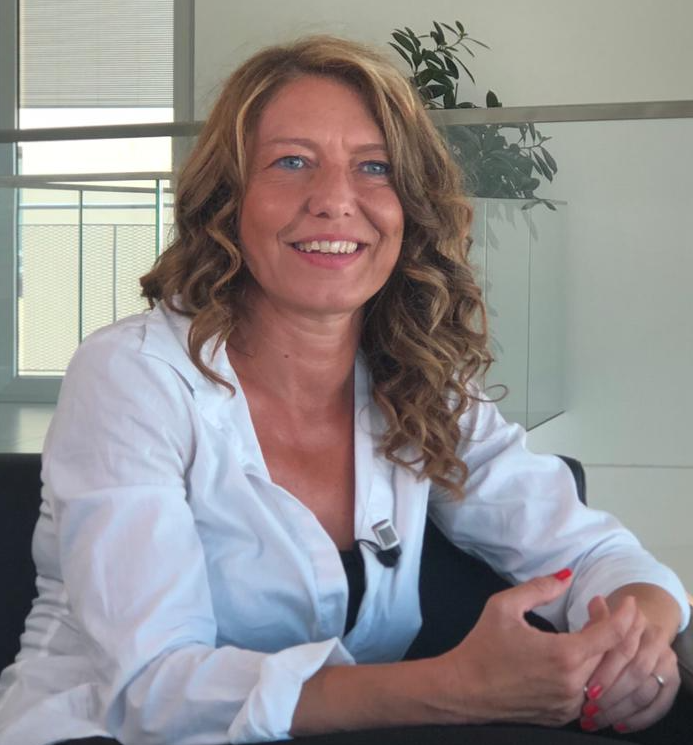 Michela Milano is full professor at University of Bologna and Chair of the Interdepartmental Institute of Human-Centered AI involving more than 400 researchers and professors. Her research activity is focussed on decision support systems in particular those merging data-driven and knowledge-based models.
She is author of more than 170 papers on international conferences and journals and coordinator of many research and industrial projects.

Made up of all the Members in good standing with the payment of the annual membership fee.